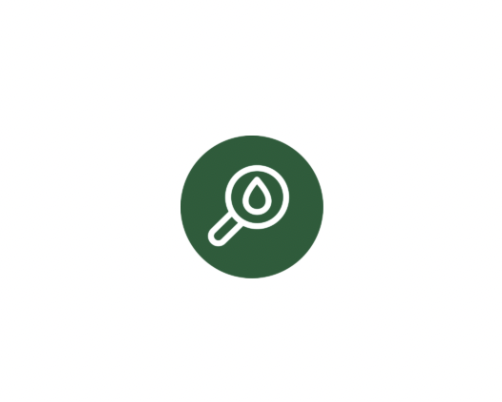 Tracing Interconnectivity Between High-level and Basal Groundwaters in West Hawaii

ABSTRACT:
Recent rapid development in the North Kona District of West Hawaii has raised concerns regarding the sustainability of the region’s groundwater resources in the face of increasing demand. A large portion of the region’s municipal water supply is withdrawn from wells tapping a high-level groundwater system (Oki 1999). However, the effects of withdrawals from this high-level aquifer on the underlying and adjacent basal groundwater system, which itself sustains the region’s unique coastal ecosystems while also being utilized for municipal, industrial, and irrigation purposes, are not well understood. Several previous scientific studies of groundwater in the North Kona district (Oki 1999, Bauer 2003, Kelly 2012) have proposed that the high-level groundwater system in this area recharges the basal lens and that withdrawals from the high-level system could potentially impact the basal system. However, recent reports done in support of environmental impact statements for development in the region (e.g., Nance, 2013) have challenged these findings by citing evidence for an impermeable barrier separating the basal and high level systems. Additional research into the relationship between basal and high-level groundwater is needed to better assess the merit of these competing claims. Concerns over the potential for future development and associated increases in groundwater withdrawals to impact the groundwater-dependent coastal ecosystem of Kaloko- Honokohau National Historical Park resulted in the National Park Service submitting a petition in September 2013 for the Hawaii Commission on Water Resource Management (CWRM) designate the Keauhou Aquifer as a “Ground Water Management Area.” This designation would place more stringent controls on groundwater development and withdrawals in the region and has provoked controversy between proponents of development and conservationists. This proposed project should yield solid insight into the relationship between basal and high-level groundwater in this region and assist the CWRM in determining the future regulatory status of the Keauhou Aquifer as well as strategies for its sustainable use. The fundamental nature of this project is to continue the investigation into the use of water isotopes as conservative tracers of groundwater flow and mixing that began under NSF award #0903833 (IMUA III: Pacific High Island Evolutionary Biogeography: Impacts of Invasive Species, Anthropogenic Activity and Climate Change on Hawaiian Focal Species). Work under that grant included determination of δ2H and δ18O values for 129 groundwater and coastal ocean samples (to be used in mixing analysis) as well as the establishment and sampling at 6-month intervals of 8 cumulative precipitation collectors across the region Continued sampling of these collectors in the present work resulted in improved insight into temporal variation in δ2H and δ18O values in precipitation in this region, and has provided a robust data set (> 2 years for all collectors) for use in mixing analyses.