Rapid Response: Application of a qPCR-based Test for Enterococci as a Rapid Beach Management Tool in Hawaii

ABSTRACT:
Over eight million tourists visit Hawaii every year. Hawaii is ranked third in the US for number of beach visitors and Hawaii’s beaches see heavy use year round. Therefore microbial beach water quality is extremely important as sewage-borne microbial contaminants can pose human health risks and water quality impairment can negatively impact the local economy.

In 2012, the US Environmental Protection Agency (EPA) introduced rapid methods for beach notification purposes in the Recreational Water Quality Criteria. These molecular, qPCR-based rapid methods (EPA Method 1609 and 1611), can be used by the states (if they choose to do so) to determine concentrations of enterococci within a few hours of sample collection. Therefore if samples are collected early in the morning, test results could be posted at the beach and/or online before most people arrive at the beach. Also, when the water quality returns to within regulatory limits, the beach can be reopened for swimming in a timely fashion. Furthermore these methods, can also be used to detect and quantify sewage-borne contaminants in other types of water samples, such as groundwater and stream water, when needed. The methods are relatively simple, and involve: 1) sample filtration, 2) rapid DNA extraction by bead beating, and 3) analyses of crude DNA extracts by qPCR for concentrations of enterococci. Although these methods have been tested in several parts of the US, so far they have not been tested nor utilized in Hawaii.

During our preliminary study, funded by USGS, monthly samples were collected over a one year period from twelve beaches on Oahu. Analyses of those samples demonstrated that the new rapid and older culture-based methods (Method 1600 and Enterolert®) provided comparable results and there was good agreement in regard to beach management decisions. Unfortunately a high proportion of the samples (69%) could not be analyzed using rapid methods due to PCR interference. The recommended ten-fold dilution of the DNA extracts to remove PCR inhibitors did not alleviate the problem. PCR interference may be due to issues with DNA extraction and/or amplification, and results in severe underestimation of bacterial concentrations. This interference was mostly associated with coastal water samples, and only a limited number of brackish water and freshwater samples were similarly affected.

The current project, funded by Sea Grant/NOAA, is investigating the issue of interference. Analyses of coastal water samples has demonstrated that the PCR interference is associated with the DNA extraction step. This explains why the recommended ten-fold dilution in the preliminary study did not alleviate the PCR interference, as the DNA was already lost by this step. Experiments with seeded enterococci and control DNA demonstrated that the DNA was lost during the DNA extraction step in 40% of coastal samples. Concentrations of enterococci and control DNA were impacted by PCR interference in a similar manner, as there was a strong significant correlation between the PCR interference estimates derived for both; (n=20, R=0.637, p<0.001). Acidification of samples to pH 3.5 was able to alleviate the issue, suggesting that the loss of DNA is due to precipitation with suspended coralline sand particles during the rapid DNA extraction protocol. This likely explains why the interference is associated with coastal waters but not with freshwater samples. The loss of DNA does not seem to be issue when commercial DNA extraction kits are used. Currently we are testing samples seeded with different concentrations of coralline sand (Hawaii) and silica sand (North Carolina) to determine whether the DNA loss is only associated with coralline sand.

Because enterococci grow in Hawaii’s soils, there is a need to apply a parallel test which would identify whether enterococci found in recreational waters are from sewage or environmental sources. In this regard we validated the latest version of the human-associated Bacteroides assay (not EPA approved but commonly used for detection of sewage contamination) based on the sewage and animal as well as human fecal samples collected in Hawaii. Our analyses of sewage and fecal samples indicated that this assay is well suited for use in Hawaii due to its: 1) high degree of specificity to sewage and human fecal samples and 2) high concentrations in sewage. In collaboration with Surfrider Foundation both rapid enterococcus and human-associated Bacteroides tests were applied for beach monitoring purposes at Waikiki and Ala Wai over a one month period (06/26/2017 – 07/29/2017). 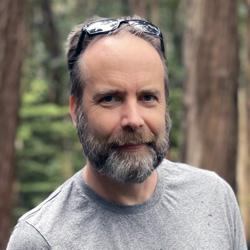