ABSTRACT:
The Honouliuli Wastewater Treatment Plant (HWWTP) is the second largest treatment plant in Hawaii. At HWWTP, an average of 26 million gallons per day (MGD) of sewage is treated via primary clarifiers and then 13 MGD is further treated by Trickling Filter-Solids Contact (TF/SC) secondary treatment prior to further treatment and recycling at the Ewa Recycling Facility. The other 13 MGD is discharged through an ocean outfall. The City is under agreement to upgrade the treatment train to treat all the wastewater to the secondary level. Several options have been studied for upgrading the facility including additional TF/SC and adding a parallel train of conventional Activated Sludge (CAS). An option currently being considered is a new process to reduce the amount of organic material passing through the primary treatment process and into the secondary process thereby reducing energy use for oxidation of organics in secondary processing. In addition, the diversion of raw/primary solids directly to the anaerobic digesters to enhance production of biogas and energy capture via co- generation. The new process replaces primary clarifiers with a two-step process consisting of an aerated contact chamber (VLR unit) followed by a dissolved air flotation (DAF) unit. The process is patented by Evoqua and known as Captivator. There is only one plant in operation in the USA and there is little data available for design of such systems. This project will conduct an elaborate test of this system in order to optimize its operation. 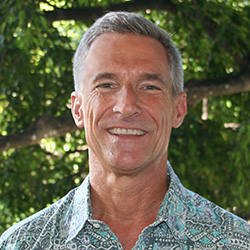