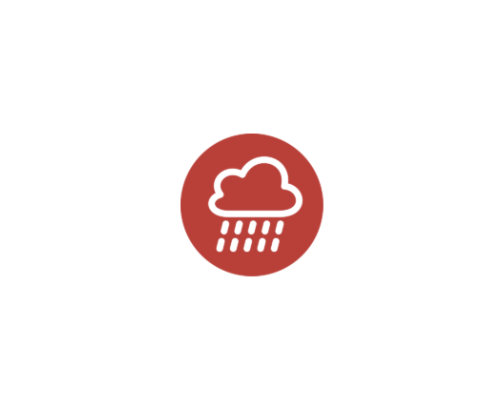 Application of Radar Imagery as Input to a Rainfall-Runoff Model for the Kawela Watershed, Molokai

ABSTRACT:
Watershed-scale studies in Hawaii can integrate several aspects of basin hydrology, such as stream flow, ground-water recharge, pollutant transport, streambed erosion, and sediment discharge. In addition, the effects of rainfall or land cover changes on any of these aspects can be assessed. Multi-disciplinary analysis of terrestrial and marine ecosystems offers a broader understanding of processes within a watershed, as described by Field et al. (2007) for the Hanalei watershed on Kauai. This proves very useful for watershed managers when faced with restoring ecological integrity, improving coastal water quality, and maintaining sustainable water supply.

Existing watershed modeling studies in Hawaii include the Manoa-Palolo stream on Oahu by Sahoo et al. (2006) and EI-Kadi and Yamashita (2007), the Makaha valley on Oahu (Mair et al. 2007), and the Hanalei watershed on Kauai (Polyakov et al. 2007). However, those studies do not include ground-water processes - an aspect that is worth expanding upon due to the importance of surface-water/ground-water interaction (e.g., Oki et al. 2006).

The main controlling factors on hydrologic processes in Hawaii watersheds are temporal and spatial distribution of rainfall and runoff/infiltration characteristics. Steep terrain causes runoff from the mountains, and stream flow is highly variable with high peaks and little base flow (Oki 2004). Rainfall is in Hawaii characterized by steep spatial gradients (Giambelluca et al. 1986). Networks of rain gages are usually too sparse to reflect the full spatial variability at basin scale. Hence, time series of rainfall maps are more useful than interpolation between few rain gages.

Such maps have been used as input for rainfall-runoff modeling in flat terrain (Peters and Easton 1997), complex mountainous terrain (Yates et al. 2000), urban watersheds (Smith et al. 2007). Kalinga and Gan (2006) show that simulations with NEXRAD data predict accurate runoff hydrographs for convective storms but less accurate ones for stratified storms. NEXRAD images for Hawaii are available with a spatial resolution of -1 km every 6 minutes. The applicability to be used in hydrologic modeling, however, had yet to be tested for Hawaii.

A medium size watershed on Molokai, covering an area of 13.7 km2, was used as an exemplary. The rainfall maps were applied in a rainfall-runoff model for the Kawela watershed in order to assess the effects on various climate and land cover scenarios. The Kawela watershed was a promising study site because it is already part of a multidisciplinary ridge-to-reef investigation by the USGS. The physical setting of the Kawela watershed is similar to many leeward Ko'olau watersheds on Oahu. Therefore, the approach was used to demonstrate applicability to other watersheds.